A majority of Americans believe funerals and memorial services are a valuable and important part of healing after the death of a loved one – and that funeral professionals can help them meaningfully honor a life – according to the results of a nationwide online survey conducted from March 31 – April 10, 2015 among 1,238 U.S. adults age 40+ and 305 U.S. adults age 20-39 by Harris Poll on behalf of the Funeral and Memorial Information Council (FAMIC).

“While funerals and memorial services may be different from what they were 25 years ago when we first began surveying consumers, the fact remains that memorialization is important when a loved one dies,” said Jeffrey Wages, a funeral director who serves as president of FAMIC. “And, much like they did 25 years ago, consumers trust funeral directors to provide compassionate guidance and service during a very difficult time.”

82% of adults over age 40 say a funeral service helps pay tribute to the life of a friend or family member. 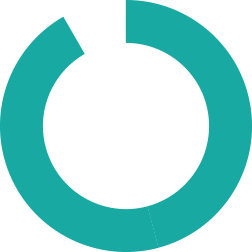 Among adults age 40 and older, 82 percent said a service was helpful in paying tribute to or commemorating the life of a friend or family member. Eighty percent felt services they attended had meaning and value and reflected the life of the deceased. In 2015, 72 percent believed services they attended were an important part of the healing process. 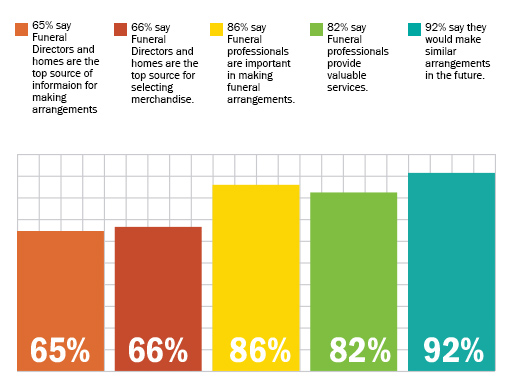 Funeral Professionals Are the Experts Consumers Rely On

The majority of consumers would not change anything about their experiences with funeral homes – in fact, 87 percent of adults over the age of 40 who had previously been involved in selecting a funeral provider would choose the same one for a future need, and 92 percent would make similar arrangements in the future.

For the 15 percent who would change something about their experiences with funeral homes, cost was the main concern (36%). This has remained a primary concern since 2004.

Interest in Discussing Wishes With Loved Ones and Preplanning Remains High

Forty-six percent of adults over the age of 40 have had conversations with friends/family or friends about how they want to be remembered during their funeral or memorial service. Regardless of whether they have engaged in a conversation with friends/family or not, 89 percent feel their family understands what has mattered most in their lives and how they have made a difference. Eighty-nine percent feel a discussion about their end-of-life wishes would be meaningful.

In 2015, 69 percent of adults over the age of 40 indicated they would prefer to pre-arrange their own service; however, only 17 percent had made arrangements. Sixty percent of those who have pre-arranged their services have prepaid for some or all of them. The main reason for doing so (74 percent) was so survivors wouldn’t have to worry about them or pay for the services, potentially eliminating stress for their friends/family after they are gone.

Of those who felt preplanning was important but had not yet pre-arranged services, 55 percent said they were likely to do so within the next five years.

Would prefer to pre-arrange
their own service.

Are all that have actually
made those arrangements

Interest in Cremation Continues to Rise 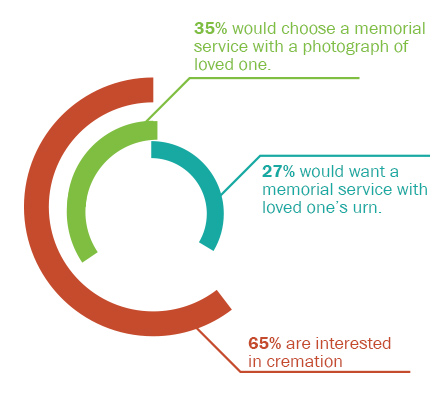 Only 34 percent of adults age 40 and older own cemetery property, down from 50 percent in 2010. Adults 40+ are highly interested in cremation, both for themselves (68 percent) and as an option they would choose for a friend or family member (65 percent). Saving money (22 percent) is the prime reason for choosing cremation; those who would not choose cremation attribute it to their own personal preference (30 percent). 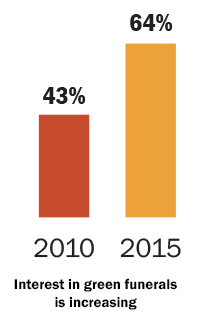 Awareness of green funeral options (options designed to have less of an impact on the environment and include things like biodegradable caskets and less use of chemicals in preparing the body for burial) remained the same as it was in 2010 – at 34 percent – however, interest has grown. In 2015, 64 percent of adults 40+ said they would be interested in green funeral options, compared with 43 percent in 2010.

Young Adults Have a Different Approach 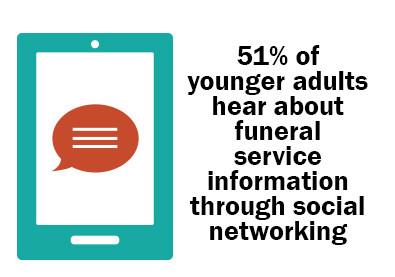 Younger adults (ages 20-39) have distinctly different expectations when making funeral arrangements and interacting with funeral professionals than those who are older. They are more likely to:

The FAMIC study of the public’s attitude towards ritualization and memorialization is one of the most comprehensive and long-standing consumer research projects in funeral service.

FAMIC commissioned the first study of the public’s attitudes toward ritualization and memorialization in September 1990. Subsequent waves were conducted in 1995, 1999, 2004, 2010 and 2015, making this one of the most comprehensive and long-standing consumer research projects in funeral service. The goal of this research is to better understand the personal values driving decision-making behavior as it pertains to funeral service; to learn more about attitudes toward pre-planning, cremation, monuments, cemeteries and other aspects of memorialization; and to analyze changes in attitudes over time.

The 2015 wave was conducted online from March 31 – April 10, 2015 among 1,238 U.S. adults age 40+ and 305 U.S. adults age 20-39 by Harris Poll on behalf of FAMIC. The research was transitioned from phone in past waves to online in 2015. When reporting on the 2015 results, we have used an “adjusted base” – by excluding the “don’t know/refused” and “none” options (which were volunteered in the past) from the 2015 results and reporting on the revised percentages to correct for any mode-driven differences observed. The sample was weighted to ensure that the data are balanced and that they accurately represent the population nationally. Propensity score weighting was also used to adjust for consumers’ propensity to be online.

About the Funeral and Memorial Information Council

Since 1991, FAMIC has been committed to making available to the public direct and open information regarding deathcare and memorialization from the leading associations of service providers and businesses. FAMIC recently launched Have the Talk of a Lifetime, a consumer education outreach effort to urge families to talk with loved ones about life, the things that matter most and how they want to be remembered when they die. FAMIC members include: Casket & Funeral Supply Association; Cremation Association of North America; Funeral Service Foundation; International Memorialization Supply Association; International Order of the Golden Rule; Life Insurers Council; Monument Builders of North America; National Concrete Burial Vault Association; National Funeral Directors & Morticians Association; National Funeral Directors Association; and Selected Independent Funeral Homes.

Over the last 5 decades, Harris Polls have become media staples.  With comprehensive experience and precise technique in public opinion polling, along with a proven track record of uncovering consumers’ motivations and behaviors, Harris Poll has gained strong brand recognition around the world.  Contact us for more information. www.nielsen.com/us/en/solutions/reputation-management.html